The stud holds 7 on-farm sales a year across their sheep and Angus cattle breeding operations, including the annual in-calf sale in early May. In 2020, this date fell within NZ’s Level 3 Covid lockdown, during which no crowds or gatherings were permitted, making an outcry auction impossible.

With feed supplies tight and meat processing capacity limited, deferring the sale really wasn’t an option either, meaning the only way forward was to hold it online. After looking at the various options available, the Meadowslea team decided to design their own from the ground up.

After running helmsman sales for many years for ram sales and in-lamb ewe sales previously, David and son George Giddings could see how an online helmsman sale would work very well for stud stock. They were able to provide a web-designing friend with a specific brief, and a week or so later Yourbid came into being. The sale was very strong, with spirited bidding from around New Zealand, despite no buyers being in attendance at all.

As well as that first female sale, Meadowslea has run 2 bull sales, an online semen sale, and 3 ram sales on Yourbid. Yourbid has been used very successfully for studstock sales in Scotland, and the Giddings family have received enquiry from breeders keen to use it from around New Zealand as well as in Australia, France, the US and as far afield as Romania. 3 other ram breeding operations have used it in New Zealand this summer, with a number of bull sales confirmed for the upcoming season and many more interested in switching to it over the next few years.

The family have also sold a house in Wanaka on the platform in the last couple of weeks, and can see a real opportunity to apply Yourbid in both the residential and rural property markets. 240Ha right next door to Meadowslea came on the market late in 2020, offered as a deadline treaty. They found that system secretive and bewildering, so when the time came to market a property to fund their successful purchase they were determined to make it more transparent and open for the buyers and decided to use their own Yourbid system, with a few minor tweaks to make it suitable for a single-lot sale. The sale was open for over month, allowing the market to set the final sale price nearly $200,000 above the starting price.

Yourbid works as a Helmsman-style auction - meaning all lots are offered for sale simultaneously.

Other online livestock sales platforms in New Zealand use the traditional sequential auction model, whereby each lot is sold one at a time, one after the other. Yourbid uses the "Helmsman" style of auction. This means that all the lots on the sale are open for bidding at the same time, which is helpful for both buyers and sellers, particularly when conducted online. Bidding is also kept open over a period of several days, rather than the minute or so per lot of a conventional auction.

A key difference of this platform compared to any other the developers have seen is the bidding screen which shows the current prices of all lots simultaneously. Reserve prices are shown in red for a start, this changes to blue once the first bid is received, and the buyer number of the current leading bidder is displayed. New bids are highlighted in orange for a minute. Buyers who are logged in on their own device see the lots they hold highlighted in green. This gives an instant overview of the auction so anyone can see on which lots the activity and interest is, making it easy to establish their relative market values.

All online models have some level of time delay between when events happen on-site and when they are seen by remote buyers. For a traditional sequential auction a delay of 15-20 seconds can be very significant, when each animal might only be in the ring for 90 seconds or so. By keeping the entire auction open for a longer period of time this problem is mitigated significantly. It also means sales will not be affected significantly by any temporary technological glitches.

Selecting seedstock is a major decision for sheep and beef farmers, and one which will have ramifications on their operations for years to come. People need time to gather and process information to make decisions. This is even more important when buying remotely, when information gathering is more difficult and takes time – meaning remote buyers are significantly disadvantaged at an online sequential auction. The Yourbid system gives buyers this extra time, and by integrating the bidding on the website alongside the online catalogue, videos of each lot and a live commentary, this information is readily available to buyers. Rather than turning up on a given day and viewing all the animals in that tight time-frame, buyers can go through the catalogue, view the videos, makes selections, and bid at their leisure from home over the period of several days the sale is open.

Another advantage of a Helmsman-style auction is that it allows buyers to bid on stock in the order of their preference, rather than the catalogue order. For instance, as a buyer you might be interested in lot 8 and lot 12. At a traditional auction, lot 8 comes into the ring and isn’t selling for too much, however lot 12 is your first preference so you decide to wait for that animal to come into the ring. Lot 12 comes in, sells for too much money, and you can’t go back and bid on lot 8 because that animal is sold. Under the Helmsman system buyers can chop and change throughout the bidding. Meadowslea have analysed the bidding data for the sales they have run already, and it is obvious that a lot of buyers will bid on a certain lot to a particular level, then change to another lot, then perhaps go back to the first, or move onto a third animal they like. Some buyers bid on as many as 8 different animals to get the one they wanted – in a conventional auction they would have missed out completely or ended up with one that wasn’t in their top-10 at all. By running the auction over a longer period, those who missed out on their first choice were able to go back through the videos and catalogue (or back through the pens for those who were actually onsite) and pick another animal they were satisfied with.

Integration of on-farm and on-line bids is crucial to the success of a platform like this. This system works by having large TVs on-farm displaying the bidding screen. Buyers on-site can bid through their smart phones, and those bids are displayed in real time. Some buyers will still prefer to attend on-farm and bid using pieces of paper as per a traditional Helmsman sale – they write their buyer number, their lot number, and the bid price on a piece of paper and hand it in – they are able to enter this directly into the online system so it shows up on-screen in real-time as well.

By providing a live-chat on the platform, potential buyers are able to ask questions, request another closer view or more information about a particular lot, and even send through jokes and one-liners. Online videos and the livestreamed commentary are produced through Facebook Live. All this makes for a much more engaging and entertaining environment for the buyers, compared to what many feel are the sterile and austere atmospheres of some of the other established online platforms.

Yourbid invite enquiry from breeders, agents and commercial farmers interested in using the platform, and envisage it becoming an independent platform able to be used by all industry players. 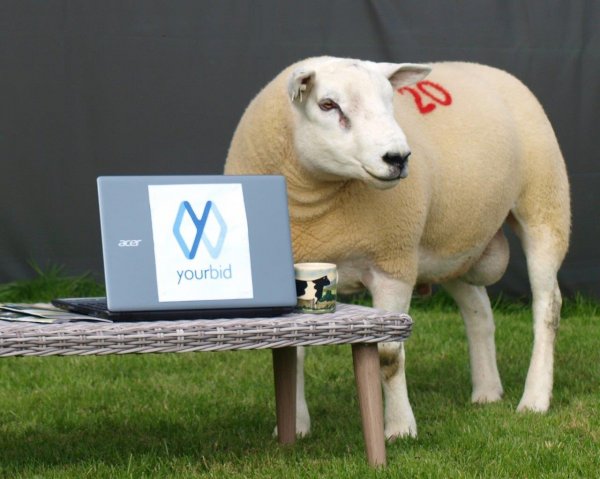 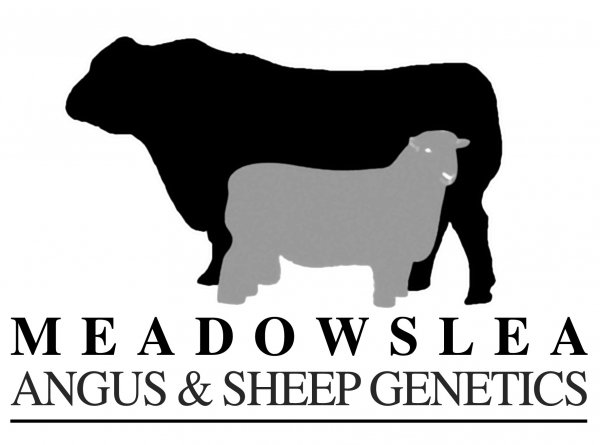